Propaganda is manipulative persuasion in the service of an agenda and is used by both the right and the left. Even the smartest people sometimes forget simple truths when confronted with repetitive reassuring lies.

The descent into tribalism by the right-wing is a direct result of the propaganda that Oligarchs, Conservative think-tanks and their friendly media have been feeding the public for well over 4 decades now. With a more complacent public to reassuring conservative propaganda, gaslighting is the icing on the cake and the manipulation tactic is often used by Conservatives and Republicans. It’s a favored technique for gaining power.

The post will provide resources that counter prevailing reassuring lies like low taxes and austerity are the holy grail of economic growth (neoliberalism: socialism for the wealthy, austerity for the masses), privatization benefits the consumer, deregulation helps businesses be competitive, unions are passé, and more. Resources will also show there are distinct brain differences between Conservatives and Liberals with the former having more authoritarian tendencies than the latter.

“Gaslighting is a tactic in which a person or entity, in order to gain more power, makes a victim question their reality. It works much better than you may think. Anyone is susceptible to gaslighting, and it is a common technique of abusers, dictators, narcissists, and cult leaders. It is done slowly, so the victim doesn’t realize how much they’ve been brainwashed.”
https://www.psychologytoday.com/ca/blog/here-there-and-everywhere/201701/11-warning-signs-gaslighting

Are Gaslighters Aware of What They Do?

EXCERPTS: “But in order to look like the hero, the gaslighter must create a distinct enemy.”

Painting political adversaries as the enemy is Gaslighting 101. It feeds the voracious fires of tribalism.

Does pretending to be the hero everyone needs and painting political adversaries as enemies sound like anyone you know? Perhaps Donald Trump, Doug Ford, or Jason Kenney?

The Economics of Soaking the Rich by Paul Krugman: What does Alexandria Ocasio-Cortez know about tax policy? A lot.

EXCERPT: “…Republicans [and Conservatives in Canada] almost universally advocate low taxes on the wealthy, based on the claim that tax cuts at the top will have huge beneficial effects on the economy. This claim rests on research by … well, nobody. There isn’t any body of serious work supporting G.O.P. tax ideas, because the evidence is overwhelmingly against those ideas.”
https://www.nytimes.com/2019/01/05/opinion/alexandria-ocasio-cortez-tax-policy-dance.html

The Truth About Propaganda
EXCERPT: “Propaganda traffics mostly in emotions, and not just negative ones. Propagandists appeal to our fears but also to our courage, our hatred and our love. The fact that propaganda is at heart an emotional manipulation also does not mean that our emotions and ‘emotionality’ are bad. It means that our emotional system can be manipulated to destructive ends.”
https://quillette.com/2017/02/06/the-truth-about-propaganda/

EXCERPT: “Never confuse education with intelligence. Bill Gates, Steve Jobs, and Frank Lloyd Wright were all college dropouts. You can have all the education in the world and do nothing with it–or you can teach yourself from scratch and, with passion and dedication, become massively successful. Use your intelligence to take you where you want to go, by whatever route is best for you.”
https://www.inc.com/lolly-daskal/12-inconvenient-truths-that-smart-people-easily-forget.html

Ottawa’s spin doctor payroll rivals that of the Commons

It’s become even more outrageous with Andrew Scheer at the helm now as opposition leader: not a day goes by without a blatant lie, obfuscation, misrepresentation, and/or deflection.

Why We Divide into Liberals and Conservatives

Each has something to offer in the game of life.

EXCERPTS: “At least some of the differences between conservatives and liberals are attributable to brain biology. This impression is supported by research in several branches of psychology and political science.”

Governments must never rule by the Bible, but this is exactly what Republicans and Social Conservatives in Canada want: a theocracy! See The Bible Brigade and the rising clout of the authoritarian religious right!

“These differing perspectives generate very different views of inequality. Liberals see it as a social problem that government must relieve. Conservatives are more comfortable with inequality and accept the Biblical assertion that the poor will always be among us.”

How can culture contribute to a rise in narcissism?  Well, certainly media is to blame, with its focus on personal image. And, the rise of social media may also play a part.  In many ways, social media is “all about me.”” 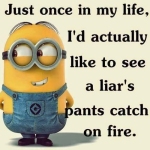